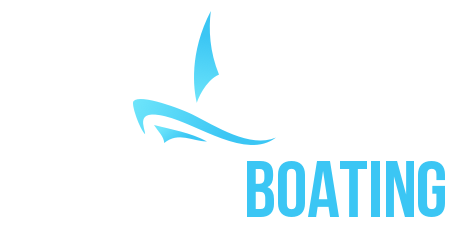 Whether you hunger for the isolated grandeur of the offshore islands, the tranquillity of a coastal lake or river, or just a quick tie-up for coffee and a bite to eat at a harbourside café or bistro, there’s a waterway in New South Wales that’ll float your boat.

There are no grander waters in this country than Sydney Harbour and the nearby Broken Bay-Hawkesbury system. These deep valleys were carved by ancient rivers through millennia of Hawkesbury sandstone. One waterway is almost as it was in 1788 – the other is the most sophisticated boating venue in Australia.

Sydney Harbour is an eclectic mix of busy commercial fairways for freight and passenger traffic and a playground for recreational boats of all types. Just around the point from a busy wharf could be a tranquil inlet for a picnic or a classy waterside eatery.

Boat ramps are scattered around the Harbour’s foreshores and marinas and yacht clubs abound. Home to the start of the world-renowned Sydney to Hobart Yacht Race, there are a large number of sailing events on the waterway every week.

Believe it or not, the Harbour also has some of the best fishing in the state. There’s been no commercial fishing for several years and water quality improvements mean a thriving environment for yellowtail kingfish, bream, mulloway, whiting, flathead, tailor and most other temperate species.

Humpback whales often call in for a visit during their migration, as do a host of tropical fish such as mackerel and tuna, while the offshore grounds are famous for blue, black and striped marlin and other gamefish.

There are numerous safe anchorages throughout the Hawkesbury River and the adjoining Cowan Creek system, along with some world-class marinas. Boaters could spend their entire lives exploring this unique part of the world – and always find something new!
The fishing, particularly for mulloway, bream and bass, is excellent from September to May, while Broken Bay (where this massive system enters the ocean) is a popular recreational fishery throughout the year for Australian salmon, yellowtail kingfish and myriad other species.

The middle reaches of the Hawkesbury River, accessible from Sydney’s north and west, are also the domain of towsports, with endless miles of waterski and wakeboard bliss.

Lake Glenbawn, in the upper Hunter Valley, is the ‘Dr Jekyll and Mr Hyde’ of boating – take it mild or make it wild!

About 20 minutes’ drive off the New England Highway at Scone, north of Newcastle, the massive earthen wall holds back 750 billion litres of water covering 2,600 hectares, so there’s more than enough room for laid-back anglers and sailors to peacefully coexist with raging wakeboarders and skiers.

There are two boat ramp areas with plenty of parking, excellent barbecue and picnic facilities and a caravan park, camping area, cabins and a general store/kiosk.

Each year more than 120,000 people visit Lake Glenbawn and many keep coming back.

The dam is stocked with Australian bass, golden perch, Murray cod and catfish and for those who want to test their skills against other anglers, there are frequent sportfishing tournaments with rich prizes.

Half-an-hour’s drive north of Newcastle lies a natural boating heaven. To the east there are craggy islands and headlands, billfish-rich currents and remote seamounts. Inland, there’s a complex network of interlinked coastal lakes and rivers abounding in wildlife. It all radiates from the watery hub of Port Stephens.

One day you can be watching whales as you haul in mahi mahi or snapper, the next you could be kilometres up a narrow channel between vast coastal lake systems, surrounded by swans and forest in the middle of the Myall Lakes National Park.

The Port Stephens-Great Lakes Marine Park extends below the high-tide line but there remain plenty of places to catch a fish for dinner or tow a wakeboard.

This area is extremely boat-friendly, with abundant ramps, moorings and parking, a brilliant marina and plenty of hire boats and marine businesses. Each town or village around Port Stephens has its own charm and can be reached by road or water.

Anglers flock to the NSWGFC Interclub gamefishing tournament in late summer and the annual Trailer Boat Fishing Tournament in autumn, and the good fishing continues throughout the year.

Whether you have an ocean-going cruiser or a kayak, there’s great water awaiting at Port Stephens.

There are enough boating opportunities packed into the waters from Shoalhaven Heads to St Georges Basin to keep you happy for the rest of your life.

The jewel in the crown is Jervis Bay. The bay itself is 15 kilometres long and 10 kilometres wide, with stunningly clear water and brilliant white sands – and is the focal point of the Jervis Bay Marine Park. The Australian Navy also loves the place enough to maintain a base on its southern shores.

Name a watersport and Jervis Bay will oblige with a fun place for it!

More than 50 kilometres of the Shoalhaven River is navigable by the average trailerboat and offers prime fishing for bream, bass and mulloway throughout the year. Offshore, the marlin grounds are close and huge kingfish regularly prowl below the sheer cliffs.

To the south, St Georges Basin and its sea entrance, Sussex Inlet, form the most productive recreational fishing haven in New South Wales. Since commercial netters were bought out, catches of big bream, whiting and massive flathead have soared.

Over a dozen uniquely different towns and villages nearby suit every taste and budget, so there’s good reason to stick around for a while.

It’s 115 kilometres by water from the ocean to the first rapids, then another 200 kilometres to its source on the Queensland border. Even 150 kilometres upstream, there are 30 metre deep holes amid the gorges and cliffs. They don’t call the Clarence River the ‘Big River’ for nothing!

Even ocean-going yachts can cruise from the ocean ports of Yamba and Iluka up to the city of Grafton, although taller masts might require the lift span on the Harwood Bridge (on the Pacific Highway) to be raised.

The annual Bridge to Bridge from Harwood to Grafton is considered a ‘must attend’ event for ski racers.

Sugarcane fields, rainforest and historic port towns line this river of plenty, where you can dine on local subtropical produce and gorge on the best prawns in the country.

The Clarence River is home to the biggest wild Australian bass in the country, while the Nymboida tributary hosts whitewater canoeists and the protected eastern freshwater cod. In the estuary, mulloway, flathead and bream are abundant.